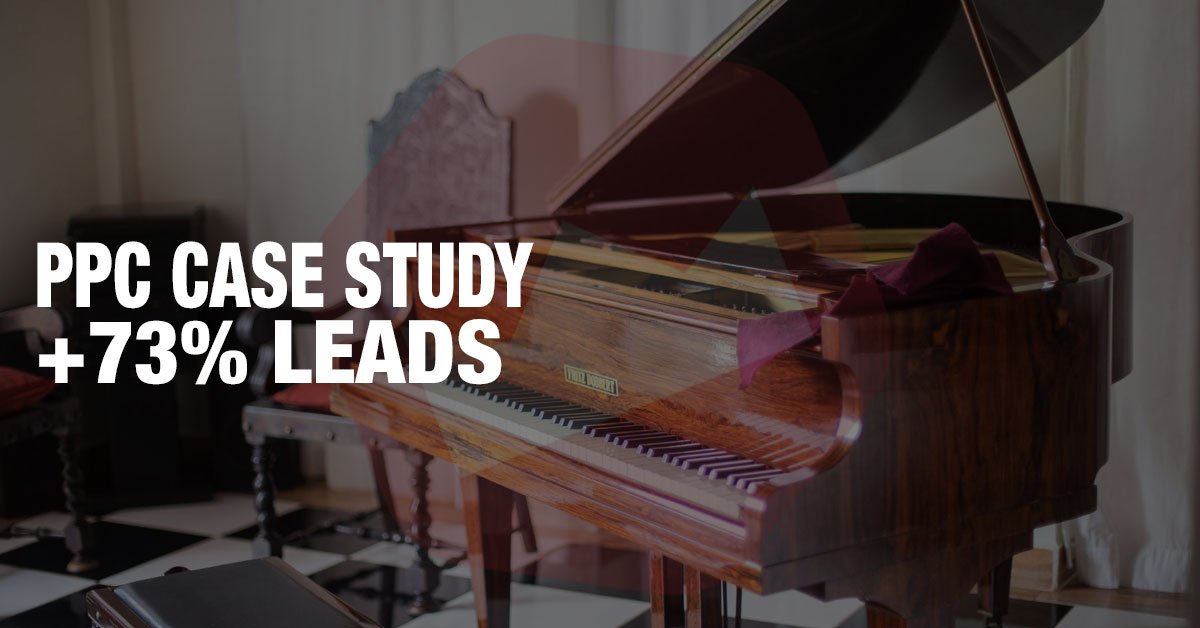 This PPC case study is going to cover how we took over an existing Google Ads account and took it from hemorrhaging cash to churning out highly qualified leads practically overnight!

Ready to learn more? Of course you are! Let’s get to it.

This particular client is a small business based out of Red Oak, TX that specializes in piano moving and storage services. They’ve been offering their services throughout Texas for over 40 years and had started up a Google Ads account about 9 months (before engaging with us) at the recommendation of a Google Ads rep that had reached out to them.

Business had started to lag a bit more than they were used to so they felt like it was a good opportunity to get a second opinion on how their account was being managed.

It’s coming from Google so it should be good advice, right?

Results of our PPC Audit

In a nutshell, it was in complete shambles which was surprising since it was being managed by a Google rep.

We found a display campaign that had spent over $7,000 in the previous 4 months that generated 28,600 clicks in that time with only 21 conversions (0.07% conversion rate) at $260 per lead. Their standard move price is ~$400 which immediately puts them in the red provided they close that lead.

There were hundreds of broad match keywords (with no negative keywords) and dozens of non-converting keywords just eating up their daily budget. AND their ads were running around the clock without an automated bid strategy to optimize who was shown their ads and when. (Who’s going to actually look for a piano mover at 3am? No one.)

The account was in desperate need of a complete overhaul and a return to basic PPC fundamentals.

There were three primary problems that needed to be solved; 1) egregious waste of ad spend, 2) broad unfocused keyword targeting, and 3) around the clock ad scheduling.

We were absolutely thrilled with the results (as was the client). By scrapping 99% of what their Google rep had told them to do and starting from scratch using basic PPC fundamentals, we were able to pull off a complete 180° reversal on their account.

Reduced cost per conversion by 75%

Stopping the display campaign was a huge budget saver, as expected, which allowed us to really shrink their cost per lead by a significant margin pretty much immediately. You can see how the line drops like a stone as soon as we took over. This dropped their cost per conversion from $62 per lead to $15 per lead!

Shifting the targeting focus in the new campaign paid off. By only bidding on keywords that had previously converted and new intent based keywords, we were able to almost double (+94%) the amount of the leads generated in the search campaigns.

That’s a big number. A real big number. An almost unbelievable number (right?) and the reason why it’s so large is because Google had this client running a completely unnecessary display campaign that had over 28,000 clicks in ~4 months with only 22 conversions (0.07% conversion rate).

That campaign was an anchor that tanked the account wide conversion rate down to 0.64% when the other campaign was running at ~21%. By cutting the dead weight and improving upon the existing campaign, we were able to boost it another 5% which caused this KPI to launch into the stratosphere.

We'll show you how we can help catapult your business to the next level.